Unfortunately, in history there was no name for the hero who presented mankind with a drainage system.
You can only imagine that grim day and those arranged by damp effects, which in sum
made the inventor ponder over the problem of drainage from the roof.

The first gutters were made of wood and were planks or small ones
logs They mounted on the roof and performed the role of such a dam, which holds water and
draws her away from the front door. 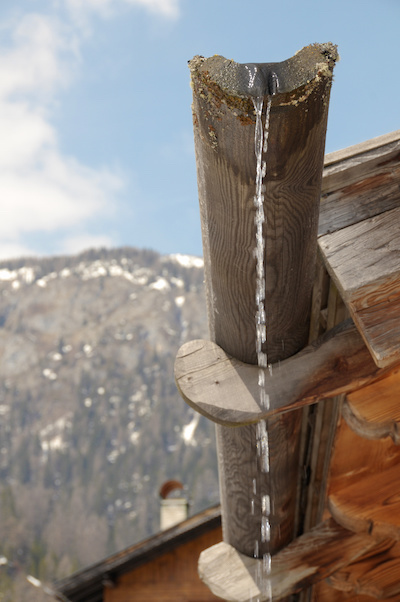 The earliest form of drainage system existed in Indian civilization during the period
Between 3000-1500 BC Made from ceramics, drainage troughs were built in a way
a so-called bathroom, which used rainwater for drainage. 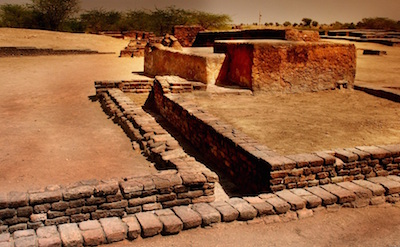 In ancient Egypt, Greece and Rome, already known technology, which in a modified form
used to this day. Its essence was that the building was fastened bent upwards
cornices, decorated with various ornaments. The spill itself was presented as a lion with
The exposed mouth, through which water was set aside. For example, the Temple of Zeus in Greece
There are 102 heads of marble lion, which are located at the ends of the drain cornices. 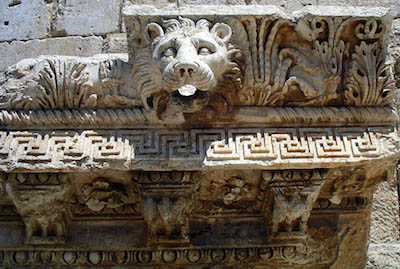 Later, for example, in China, there was a practice to build a drainage system in the construction itself
roof, giving the edges of the roof a curved gutter shape. The corners of the building are about a meter away
from the wall were installed special tides, from where rain water drove to the safe
the distance from the walls of the building, thus protecting not only the entrance door from the water, but the entire house altogether. 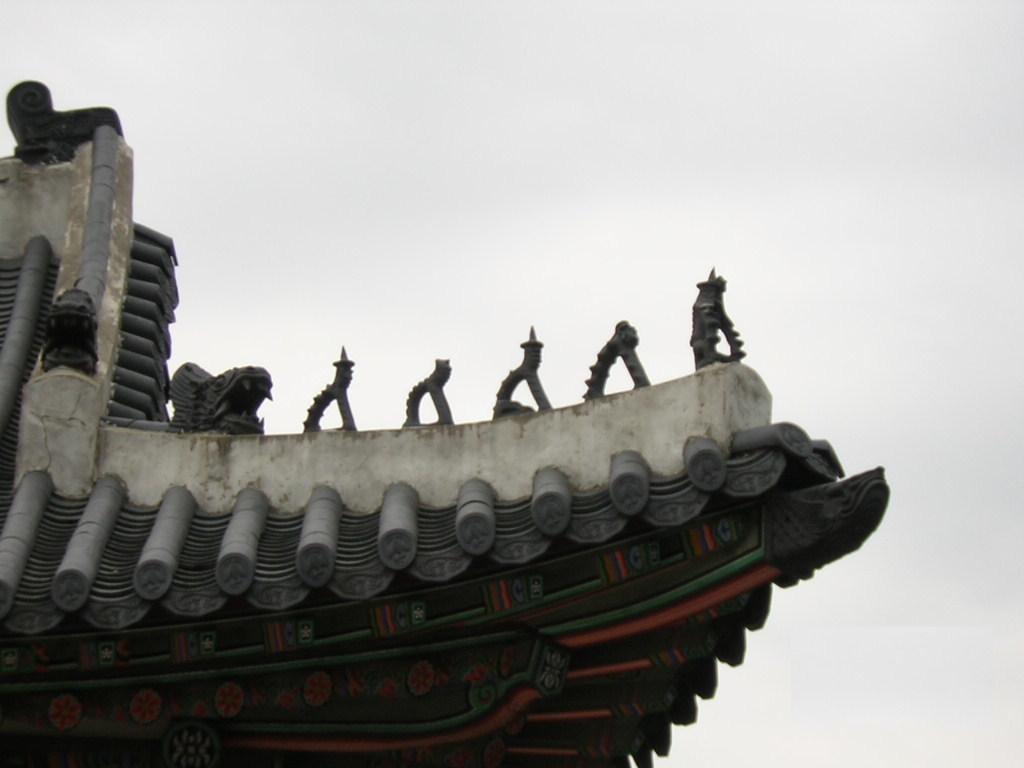 In the Middle Ages, the drainage technology remained the same, but the pagan heads of lions were
replaced by a gargoyle, due to the great influence of the Catholic Church. 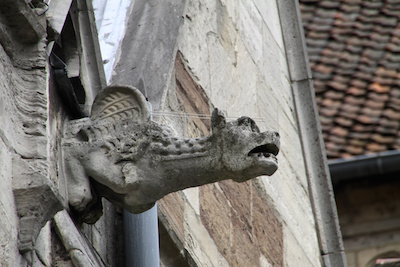 Time passed, and with him developed science and education. The ghosts, as before, were lions
recognized by the influence of paganism, and the spillway system itself is impractical, since it is not completely
defended the building’s facade from the water.

From the 11th century drainage systems began to undergo radical changes.
Converted this time not only design, but also the form, as well as material for making.
It is believed that the Tower of London was one of the first buildings of modern Europe, in which were
installed cast-iron gutters in the form of gutters in combination with drainage pipes. such
the approach was developed, since it was necessary to protect the structure of the newly whitewashed walls. 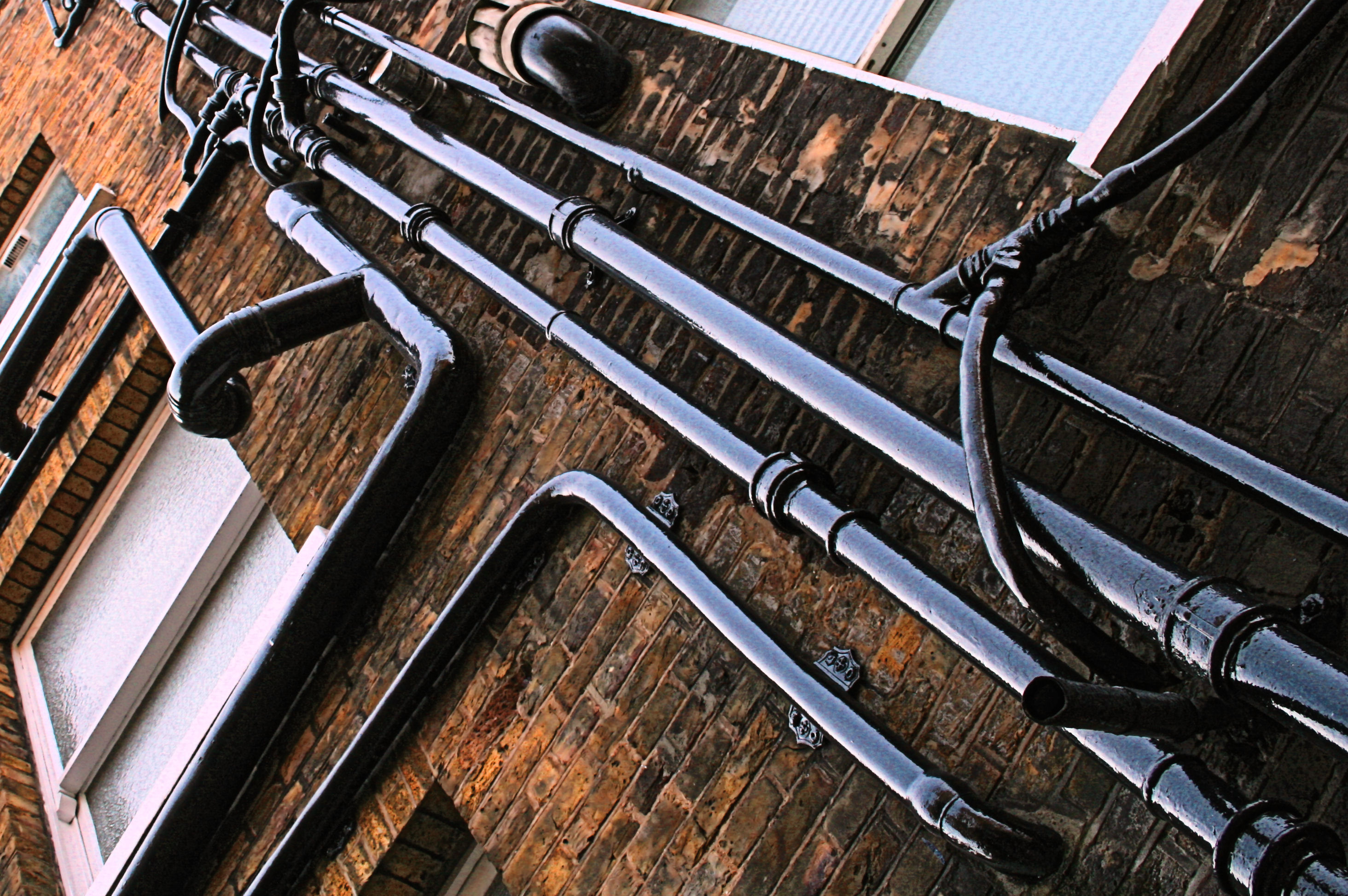 Already in the 17th century, the construction of any mansion mansion could not do without care
Designed drainage system. Sheets of steel or copper are covered with horizontal pipes
They reached the ground and had a width of 8-10 cm. They, in turn, were connected with the fasteners
on the roof of the gutters. The end of the tube was contained in a specially designed wooden or iron
a box protecting against mechanical damage, which is often inflicted by local hooligans.
Preventing the rapid start of corrosion, the drainage began to cover with oil paint. water is
was taken directly on the street, which did not have an efficient sewage system. at frequent
the rains of the whole city and its surroundings turned into a single swamp – a nursery for diseases and dirt.

An ever-increasing population was growing, stimulating the improvement of urban sewerage, as well
with it and drainage systems. With the increase in steel production in the 18th century, this is exactly what
the material was used to a greater extent for the production of European interest. Zinc which
more resistant to weather conditions, has become a progressive novelty of the time. In 1748 in
England opened the first zinc plant, and soon zinc began to produce in
industrial scale.

The gutters themselves were made by hand. Each builder had their own standards and
special forms. The flight of fantasy manifested itself in skillfully executed connections and laps, which
bend in the form of a swan’s neck and some more intricate forms. 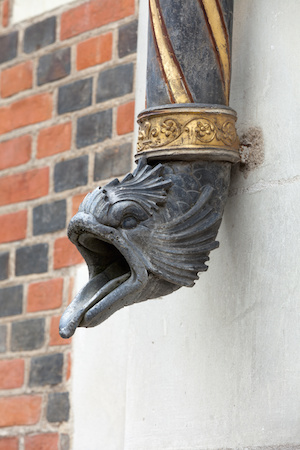 However, mass production of drainage systems began only at the time of the Industrial
the revolution. It was during this period that manual labor began to replace progressive machines, as well
the technological advances received as a result of two world wars made it possible
to develop gutters from different materials.

Steel and copper drainage systems were the only solution until the middle of the 20th century.
Beginning in the 60s of the 20th century, drainage systems appeared with the development of production technologies
from PVC (polyvinyl chloride) and from painted metal, covered with decorative paint. While
Plastic was considered a material of the future, but with the development of chemistry and biology, cases have been identified
the negative effects of plastic evaporation, especially during fires. 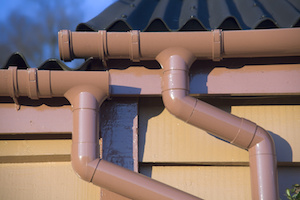 On the contrary, metal with a decorative lacquer-colorful finish was constantly improved. WITH
the appearance of metal with double-sided coating, metal drainage systems of steel
a versatile solution with a long service life, a wide range of colors and an opportunity
to offer any solution in terms of design.

Water systems have gone a long way to evolution, while experiencing numerous
changes Today, after some decades, you can find a drainage system
practically any color, made of different materials. But one remained unchanged:
as many centuries ago, people care about the preservation and integrity of their home and choose
better. That is why metal drainage systems have gained widespread popularity
constant consumer confidence. 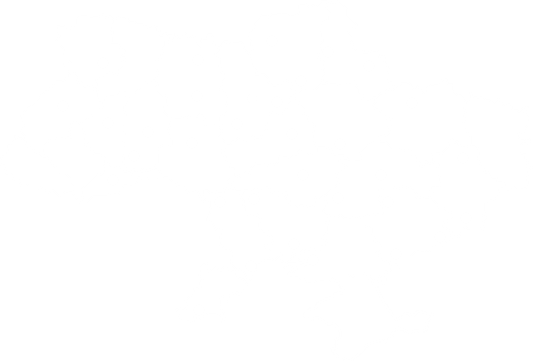